ASM Legal
New Delhi, New Delhi, India
Believe nothing, no matter where you read it, or who said it, no matter if I have said it, unless it agrees with your own reason and your own common sense...

Allowability of Deduction of payment made on account of Contribution of Provident Fund and E.S.I. - as per Sec- 43B of the Income Tax Act, 1961

Every organization is responsible to make correct and timely mandatory deductions towards contribution made on account of Provident Fund, E.S.I and any other statutory obligations, or else are made responsible to for withholding employees’ contribution due to failure in remitting these amounts to respective statutory authorities. Consequences, as simple as that –“non-allowability of claim of deduction under Income Tax Act, 1961”.

Hence, complying with the timelines as prescribed under the specified Acts is necessary in order to get the entitled benefit under Income Tax Law. Therefore, one needs to be well versed with the latest rules and regulations so as to avoid the unintended non-compliance and consequences thereof under these Acts. These statutory deductions are complex and failure for non-compliance leads to monetary punishments. In a way an organization end up paying hefty amount and efforts for its necessary compliance.

“(va) any sum received by the assessee from any of his employees to which the provisions of sub- clause (x) of clause (24) of section 2 apply, if such sum is credited by the assessee to the employee' s account in the relevant fund or funds on or before the due date. Explanation.

For the purposes of this clause," due date" means the date by which the assessee is required as an employer to credit an employee' s contribution to the employee' s account in the relevant fund under any Act, rule, order or notification issued there under or under any standing order, award, contract of service or otherwise”

Sec- 43B of the Income-tax Act, provides that,

certain expenditures, which would otherwise have been allowable as deductions in computing the total income under the Income-tax Act, 1961 shall be allowed as deduction only in the year of actual payment of such items by the assessee. These expenditures are listed under clauses (a) to (f) of the said Section.

To sum up the above, -
•  Employees' contribution is an “income in the hands of the employer/assessee” as per section 2(24)(x);

•  The same is an allowable expenditure, provided the payment thereof is made on or before the due date prescribed under the relevant PF scheme, as per provisions of section 36 (1) (va);

•  The employer's contribution is allowable as expenditure if the payment is made on or before due date of filing his return of income u/s 139(1) and the proof thereof is attached along with the return of income.

Clause (b) of the said Section refers to the sums payable by an employer by way of contribution to any provident fund, super-annuation fund, gratuity fund, or any other fund for the welfare of employees.

The second proviso to Sec- 43B provides that no deduction of such sums covered by the said clause (b) shall be allowed unless such sum has actually been paid on or before the due date as defined in the Explanation below Sec. 36(1)(va).

Incidentally, the aforesaid Sec. 36(1)(va) also provides that any sum received by the assessee from his employees’ as contributions to a Provident Fund, Superannuation Fund, ESI Fund or any other fund for welfare of employees, regarded as income by virtue of S. 2(24)(x), shall be allowed as a deduction in computing business income, only if such sum is credited by the assessee to the employees’ account in the relevant fund or funds on or before the due date.

Section- 43B controls the allowability of deduction of payment specified in clauses (a) to (d) thereof and provides certain conditions subject to which alone the deductions may be permissible, -

Section 43B which commences with a non obstante clause, mandates that the sum referred to in any one of the clauses, will be allowed as deduction in computing the income under section 28 of that previous year only, in which such sum is actually paid by the assessee, irrespective of the fact that the said deduction is otherwise allowable under the Act, and irrespective of the previous year in which the liability to pay such sum was incurred by the assessee, according to the method of accounting regularly employed by him.

The first proviso to section 43B relaxes the rigour of the section if the sum referred to in clause (a) or clause (c) or clause (d) is actually paid by the assessee before the due date applicable in his case for furnishing the return of income under sub-section (1) of section 139 in respect of the previous year in which the liability to any such sum was incurred and evidence of such payment is furnished by the assessee along with such return.

The second proviso imposes a further restriction on the allowability of deduction of any sum referred to in clause (b). It provides that unless such sum has actually been paid in cash or by issue of a cheque or draft or by any other mode on or before the due date, it shall not be allowed as deduction.

Under section 43B, the sum referred to in “clause (b)” of section 43B has been treated differently, as it relates to the sum payable by the assessee as an employer, which includes employer's contribution as well as employees' contribution. If such contributions which are payable to any provident fund or superannuation fund or any fund are paid within the due date, the employer will be able to avail of the benefit of deduction under section 43B, although the general rule embodied in section- 43B is one of allowability of deduction based on actual payment.

The rule contained in the second proviso is an exception to the rule. And here, the actual payment is not enough; the payment should also be made within the due date as defined therein.

Controversy – Whether the amendment brought in Sec- 43B vide Finance Act, 2003 amendatory in nature or curative (retrospective effect w.e.f. 1st April 1988) in nature?

That vide Finance Act, 2003 an amendment was brought in, thereby deleting the second proviso of Sec-43B made w.e.f. Assessment year 2004-05 therefore became a permissible deduction in the year of payment treating it on par with other items covered by section 43B. By the Finance Act, 2003, the amendment made in the first proviso equated in terms of the benefit of deduction of tax, duty, cess and fee on the one hand and with the contributions to Employees' Provident Fund, superannuation fund and other welfare funds on the other.

This amendment brought about the uniformity came into force w.e.f. 1st April 2004.

The Supreme Court in the case of C.I.T. VS. Alom Extrusions Limited ( 2009) solved the said issue.

The issue of the litigation in the above case was, -

While deciding the matter, Apex Court took into consideration the “Principle of Construction”, thereby relied upon the relevant observations passed in the case of Commissioner of Income Tax, Bangalore vs. J.H. Gotla, which states, -

Therefore, in the light of the above observation, amendment to sec- 43B brought in by Finance Act, 2003 was held to be ‘curative’ in nature with retrospective effect from 1st April 1988 i.e. since the very inception of the provision.

Controversy - Whether the assessee was entitled to claim the benefit vide Sec.43-B for that period particularly in view of the fact that he has contributed to provident fund before filing of the return?

In the case of C.I.T. vs. Vinay Cement Ltd. Hon’ble Apex Court has observed and held that, benefit u/s. 43B be given if the payment has been made before the filing of the Income Tax return.

“if the employees contribution is not deposited by the due date prescribed under the relevant Acts and is deposited late, the employer not only pays interest on delayed payment but can incur penalties also, for which specific provisions are made in the Provident Fund Act as well as the ESI Act. Therefore, the Act permits the employer to make the deposit with some delays, subject to the aforesaid consequences. Insofar as the Income Tax Act is concerned, the assessee can get the benefit if the actual payment is made before the return is filed, as per the principle laid down by the Supreme Court in Vinay Cement (supra).”

In the recent past, Calcutta High court in the case of C.I.T. vs. Vijayshree Limited has settled an issue that whether the deletion of an addition made by the Assessing Officer on account of Employees' Contribution to ESI and PF by invoking the provision of Section 36(1)(va) read with Section 2(24)(x) of the Act was correct or not.

Hon’ble Calcutta High Court relied upon the judgment passed by Hon’ble Supreme court in the case of Commissioner of Income Tax vs. Alom Extrusion Ltd. Accordingly, had held that,

“the Supreme Court in the aforesaid case has held that the amendment to the second proviso to the Sec-43(B) of the Income Tax Act, as introduced by Finance Act, 2003, was curative in nature and is required to be applied retrospectively with effect from 1st April, 1988. Such being the position, the deletion of the amount paid by the Employees' Contribution beyond due date was deductible by invoking the aforesaid amended provisions of Section 43(B) of the Act.”

After observing the plea, I find that it was not the case of adjudicating the question of applicability of provision of sec-43B with retrospective operation or not. And that, the plea taken by Calcutta High court doesn’t make any difference for the reason being that the case pertained to A.Y. 2006-07 and amendment to the second proviso to the Sec- 43 (B) of the Income Tax Act, as introduced by Finance Act, 2003 was already made applicable w.e.f 1st April 2004.

The question is whether the assessee would get the benefit of deduction u/s. 43B of the I.T. Act, for payment made towards Employer’s and Employees’ contribution to PF and ESI made after due date of the respective Acts but paid before the due date of filing of the income tax return.

Recently, Hon’ble Supreme court has one again confirmed in the case of Commissioner of Income Tax vs. Solar Exports that, the Finance Act, 2003 to be curative in nature which would have retrospective application operating from 1st April, 1988, when the proviso stood inserted.

It is worth mentioning to discuss in brief the main object of sec- 43B. It is an exception to the general rule of law that a deduction should be allowed in respect of business expenditure in the year in which the same was incurred in case of a person following the mercantile system of accounting. The Section provides that the deduction will be allowed in respect of the listed expenditure in computing the income of the previous year in which the sum is actually paid. Once the payment is shown to have been made, the intention is to confer deduction, which is gathered clearly from the main Section as was introduced.

Hence, all provisions and Explanation added thereafter shall ensure the fulfillment of the main object and are required to be interpreted in a manner to achieve the aforesaid objective. 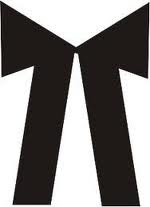